1. Copy the ipsCA intermediate certificates bundle file into the /etc/certificates/ directory on the web server. At the time of this writing this file was named “IPS-IPSCABUNDLE.crt. The file is available on the ipsCA website.

2. Change the permissions on the certificate bundle to “640”.

3. Navigate to the folder /etc/httpd/sites/ and locate the .conf file that corresponds to the the SSL virtual host that the certificate belongs to. Usually the filename of the .conf file will be named in the format “someNumber_IPAddress_443_fullyQualifiedHostName.conf”

4. Once you locate the file, open it in a text editor at locate the part of the virtual host section that covers the SSL certificate settings. The section you are looking for will look something like this:

5. Add the following setting in between the “SSLCertificateKeyFile” and “SSLCipherSuite” setting:

6. Save your changes and restart the web service. You should now be able to navigate to your SSL website and receive no “invalid” certificate errors. You can test your web server by using the ipsCA test website at: http://certs.ipsca.com/checkserver/ 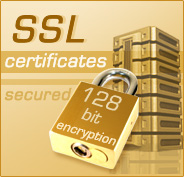 Today when I went to “kerberize” the services on my 10.5.1 Leopard server I attempted to follow the instructions in the official Leopard server manual. If you have read the “excellently written” (FYI I am being sarcastic) OS X server manuals then you already know how it went. In the manual it states there is supposed to be a nice pretty button in the Open Directory service settings that you can just press to “kerberize” all built-in services on your server which are capable of being kerberized. Well when I went to the location the manual stated the button should be there was no button. At this point I already knew what had to be done. If you haven’t figured this out yet, for every server administration operation you can do with the pretty GUI apps that Apple provides, you better know how to do it from the command line. Because when the pretty GUI tools fail you, you are up the creek unless you know how to bust out the terminal and do it the “hard” way. Before I tell you the terminal command to run to kerberize the services on your server, here is a very brief explanation of how kerberos works with Leopard when a user accesses a “kerberized” service. I warn you that I am no kerberos expert and what I am about to tell you may not be accurate but it is what I have observed from the dozens of test installations I have done with Leopard.

1. The user logs into their Leopard desktop computer in their office. Upon logging into the computer OS X requests and receives a kerberos ticket from the Open Directory server.

2. The user then initiates an AFP connection to the file server.

Once you execute the above terminal command, you may need to restart your newly “kerberized” services on your server for the changes to take effect.

So far my early dealings with the Server Admin app and other server management tools in Leopard Server have not impressed me much. I was hoping for a lot of improvement over the Tiger versions of the programs but some of the same old bugs are there. In particular the Work Group Manager app has been giving me the same old negative numbered errors occasionally and as with Tiger when that happens whatever process it was doing is instantly aborted without a rollback so you are left with user/computer/group objects with partially edited states resulting in weird errors. At this point I have to roll up my sleeves and do “surgery” on the Open Directory via the “inspector” in order to manually remove the remnants of the aborted process. C’mon Apple… proper error handling with rollback of “atomic” operations is something I learned in my first year of Computer Science. Try/catch blocks with undos of what was done before the process threw an exception please! Showing the user a cryptic error message with a negative number and a reference to a line of source code is ridiculous and way below the standard that is expected of Apple’s typically user friendly software. Rant done.