NX Server is a commercial application released by the company NoMachine. It allows you to connect to your Linux server similar to how you would connect to a Windows computer using remote desktop. NoMachine offers a free version of the product which has a restriction of only allowing 2 simultaneous connections to the server. NX Server runs over SSH so you don’t need to open any other ports on your firewall other than the port for the SSH service.

Set the following settings in the file:

Change “22” to whatever port your SSH service is now listening on. You’ll then need to restart the NX Server service to put the changes into effect:

NOTE: The instructions above were tested on a Linux Red Hat 5 server. 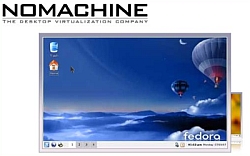