In Mac OS X 10.4 Tiger some system preferences were unique to a particular computer and so were named using a naming convention that included the MAC address of the first network device in the computer (en0). In Mac OS X 10.5 Leopard this naming convention was changed to use a different unique identifier other than the first network adapter’s MAC address. Leopard now uses something called the UUID for this unique identifier. You can determine a UUID of a Leopard computer by running the terminal command: 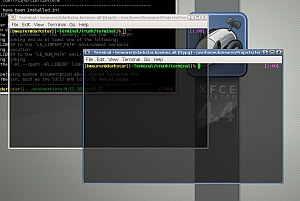